Nikolai Tesla was a genius. No doubt about it.  He invented the idea of the internet way back in the 1890’s right after he invented radio. In Belgrade there is a museum dedicated to him. At one point this giant among intellectuals and practitioners of science suggested using high intensity electromagnetic fields to transmit power over long distances.  His idea was to create powerful electric fields that people could use to drive electronic devices wherever they were. This is exactly the same idea as the wireless charging devices you see on the market at the moment, but MUCH BIGGER! And not so different from the idea of solar energy. Here is a picture of such a coil powering a series of fluorescent tubes that are not connected to the device other than a flux linkage from the coils. 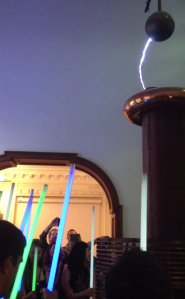 J.P.Morgan, the well known banker, suggested that there would be no way of charging for the energy thus provided and so the technology was abandoned in favour of the current system of a network of conducting cables. The national grid is energetically much more efficient than Tesla’s coils and, since the energy can be withheld if someone refuses to pay, it is commercially viable. Probably a no-brainer.

However, I wonder if J.P.Morgan missed a trick?  No doubt he was fabulously wealthy and probably staved off global warming for many years, due to the enhanced efficiency of the copper network, but did he understand all the economic knock on effects of his decision to not back Tesla’s free energy system?

In 1066 William the Conqueror successfully invaded England. One of his first acts was to declare that all land belonged to the King. As I understand it he carved his new lands into regions for his lieutenants to do with as they pleased and people using the land had to provide soldiers and farm produce in exchange for the land. The feudal system, and along with it the first land rental arrangement (AFAIK), was born.

Previously the Anglo-Saxon inhabitants of England had two kinds of land – bookland and folkland. Ownership of bookland was defined by paper deeds and folkland was land that was held by kinship groups. No one could alienate a group from their folkland without leave of the King so folkland passed down through kinship groups over the years. William the Conqueror ended all that and, in essence, undertook one of the largest thefts in history (after defeating the Saxon Army). The effects of this land grab can still be seen today since vast swathes of land are still owned by the Church, Crown and State, and I suspect that many who are around today are direct descendants of those original lieutenants.

I get the impression that JP Morgan and William the Conqueror were more concerned about their own wealth and power than they were with the quality of life of the people who were using the energy and land. For example, one of the greatest Saxon Kings was Alfred the Great (the guy who invented the concept of a sheriff (shire-reeve) to enforce the common-law). Let’s just say they don’t call JP Morgan “Morgan the Magnificent”!

Between them William the Conqueror, and others like him, along with JP Morgan may have been responsible for setting up a situation in which they diverted the wealth flow arising from the exploitation of land and energy to themselves in exchange for doing very little.  Land and energy are provided to Earth entirely for free – the latter as sunlight. There is no cost associated with acquiring these things. They are simply there!

So my question is what effect does this have on the overall level of productivity?  Would overall economic utility arising from the exploitation of land and energy be greater if people were not forced to pay rent in exchange for access to land or to pay for energy, which is basically provided for free? No one bought the land from God or the Universe. It was a magnanimous gift given to us while we are here and that will still be here when we have departed. Why do we let other humans say whether we can or cannot have access to land and energy?

I note that there is a cost associated with developing land, or designing devices to exploit solar power. That’s not what I’m talking about. I’m talking about the right to have access to sunlight and land at no cost.  If you charge people for access to something which has no cost associated with then it is a kind of economic internal resistance whose sole function is to divert profit from one place to another, also known as fraud! Charging such fees does not add value to the economy. it merely moves cash around.

So I’m asking if such internal economic inefficiencies were removed, would GDP be larger?

We could do a simple thought experiment. Let us assume we had £200 million of capital. We could invest half of this capital into each of two distinct communities. Each community would consist of 1000 people and each of these communities would be able to interact with the surrounding economy of a well developed nation.  We would use the £100 million to set up these people so they had quality homes and enough capital to start a business.  In the one community we would not charge rent but in the other community we would.  In addition, the rent paying community would be able to buy energy from an external power source – as they wanted or could afford. In the other community we would provide and maintain the infrastructure allowing them to extract the energy from local resources such as sunlight and they wouldn’t have to pay for power.

We would go back ten years later and see which of the communities was faring the best. In which community would the initial investment of £100 million have the greatest over all return? In other words, which of the investors would make the most money in the long run?

Like I said. Did JP Morgan miss a trick? 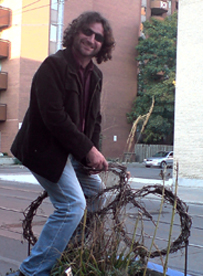